Pavilion is an exceptional architectural marvel that will compel you to live the life you’ve always dreamed of. Majestic and resplendent, Pavilion is 20 floors and 160 apartments of pure bliss. Spread over 8 acres with 6 towers with 250 cents solely for sports activities, DD Sports City is host to 125 cents of the beautiful DD Pavilion. 2 & 3 BHK apartments ranging from 993 sq.ft. to 1284 sq.ft. make for perfect living spaces. Surround yourself with the best of the best as you embark on a spectacular journey at your new home.

The Desai group of companies took shape as a retail outlet dealing in paper in Mattancherry in the early 1950s. Founded by R M Desai, the father of our current Managing Director the company grew to be the premier dealer of paper in Kerala. The vision of our founder and his ensuing mission enabled the company acquire agencies of almost all the leading paper manufacturing companies in India with branches in Kunnamkulam, Calicut and Coimbatore. Today, the leader in distribution of paper and boards in Kerala, the company also has begun imports of paper from China and Indonesia and has earned laurels for being the largest importer in the state.

With typical entrepreneurial zeal our chairman Mr.Desai went on to establish the construction division of the Desai Group. Later Desai Homes was launched in 1992 with Mr.P.G.Antony as partner with its first project DD Village. The entrepreneurship of our Chairman came into light after founding of the Construction division. Desai Homes was founded in 1992 along with P G Antony as partner embarking on the company’s first project named DD Village. It would be the start of a momentous journey. 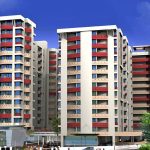 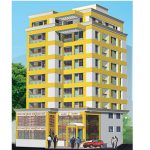 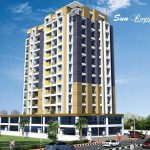